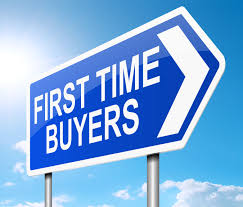 Trends in Buying and Selling Houses

Consumers trends have changed over the past 35 years– but by how much? Thirty-five years ago, the National Association of Realtors® introduced the first Profile of Home Buyers and Sellers. It was 1981 and mortgage rates were over four times higher than they are today, and first-time buyers made up a much larger share of overall sales. While many home buyer and seller behaviors and preferences have changed, some have remained constant over the last 35 years.

35 years ago, consumers and Realtors® navigated a much different real estate landscape. The internet hadn’t been invented and the average monthly mortgage rate was 15.12 percent. One important constant during this time has been Realtors®’ role as the leading advocate for home ownership and a trusted expert in helping buyers and sellers close the deal.

The quickening pace of home sales over the past year included a small rebound from two key segments of buyers who have been missing in action in recent years.

Married couples still make up the largest share of buyers (66%) and had the highest income of $99,200. The survey also revealed that single women made up more of the buyer share than in recent years. After falling to 15 percent of buyers a year ago, which tied the lowest share since 2002, single females represented 17 percent of total purchases, the highest since 2011 at 18%. This is compared to 35 years ago when single females represented 11% of purchases.

Since NAR’s inaugural survey, consumer trends and preferences have evolved and housing costs have gotten more expensive. In 1981, the typical buyer purchased a 1,700-square-foot home costing $70,000 ($201,376 in inflation-adjusted dollars). In the 2016 survey, purchased homes were typically 1,650 square feet and cost $182,500.

What’s your down payment?

In recent years, down payment amounts have remained mostly unchanged, coming in at 6 percent for first-time buyers the last two surveys and either 13 percent or 14 percent for repeat buyers in the past four surveys.

Contact CM Fox Real Estate at 518-861-7030 or visit our website at www.cmfox.com  to connect with an agent and learn more about buying or selling a home TODAY!